Stephen has 30 years of triathlon experience, both as a coach and competitor and is currently the head coach for North Harbour Triathlon Club. Prior to that, he was the High Performance Director for Triathlon New Zealand from 2004 to 2008.

Stephen studied Physical Training for 5 years at the New Zealand Military ‘Physical Education and Recreational Training School’ in Wigram and the Royal New Zealand Police College. During the mid 90's Stephen was New Zealand's fastest Ironman athlete. His best New Zealand Ironman result was in 1996 when he placed 2nd. In 2004 he won the 40-44 age group and finished 11th overall. It was at this time he made the move to Tri NZ.

Stephen made a comeback to racing in 2009 winning silver medals in both the ITU Olympic distance, Gold Coast and ITU Long Distance Tri Champs in Perth, Australia in the 45-49 age group. In March 2011 Stephen raced IMNZ for the 10th time finishing in a time of 9.29.56, placing 1st in the 45-49 age group and 37th male overall. He has since followed this up by winning the 2011 and 2012 Air New Zealand Rarotonga International Triathlon and age group IMNZ titles in 2012 and 2013. In September 2013, he won the 50-54 age group at the ITU World Triathlon World Championships in London, UK. Earlier the same year, he was awarded Triathlon New Zealand Coach of the Year.

I am one of NHTC senior athletes and coaches. I have competed in Triathlon for quite a few years now. I like to encourage our club members to be the best they can. Part of my role in the club is to welcome our new members and show them around and introduce all our coaches. I have a strong role in our social events and our annual TT KOM up the Waitakere’s. 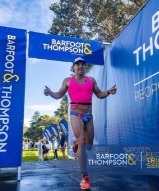 Billy is a well-rounded multisport enthusiast who enjoys self-propelled adventures and kicking Stephen’s ass. He enjoys delving deep into the hurt locker on race day and continues to subject himself to the masochistic ritual of Ironman triathlon. With a pool and open water swimming background and 10 years of experience as a swim coach, he brings the technical expertise and enthusiasm required to get the most out of all our triathletes.

Check out some of our members' comments at our Testimonials Page :)


Thanks To Our Sponsors & Supporters 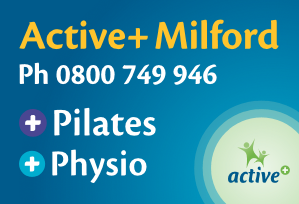